🏠 > Blog > Guides > How to Grind Weed Without a Grinder
Guides

How to Grind Weed Without a Grinder

Looking for some old-fashioned methods? We got you. 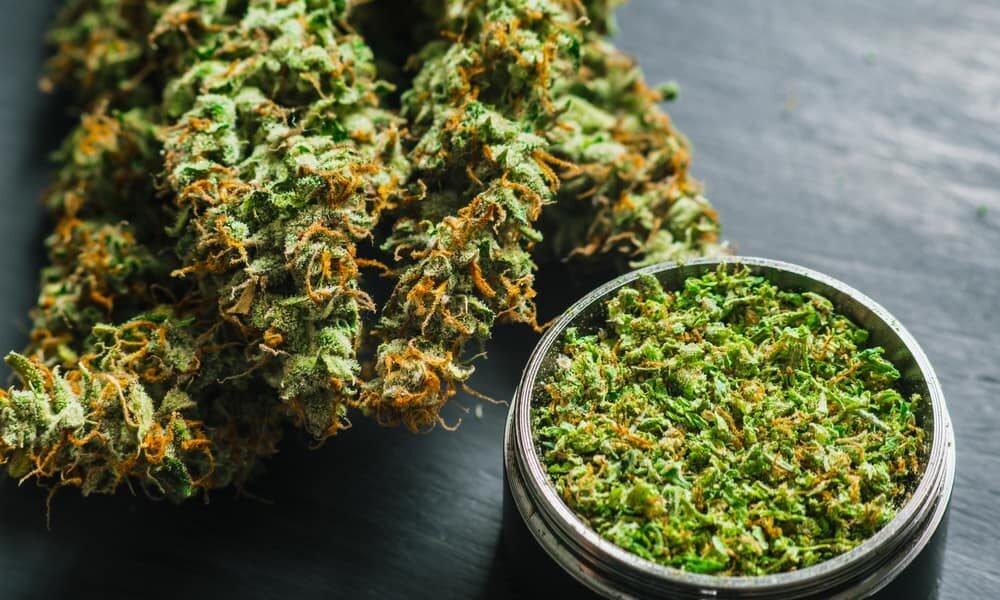 How To Grind Weed Without A Grinder

Smoking weed is a pretty simple process. Break up, throw it in a bowl or roll it up in some paper, and boom, you’re ready to rock and roll. It’s not like you needed us to tell you that. But here’s where we come into play. Grinding up your bud is arguably one of the most important steps of the process, so not having a grinder on deck could serve as a bit of a hindrance. Whether it’s because you lost it, left it at home on vacation, or just really don’t like how finely some of the better grinders break up your bud, keep in mind there are always solid alternatives. So let’s take a look at how to grind weed without a grinder. It’s pretty straightforward, really.

Cutting Board And Knife

This one is a pretty classic technique, and common sense if you brainstorm on the matter of how to grind weed without a grinder for five seconds. Still, it’s worth putting on the list. There’s no real need for an explanation with this one. Simply make sure your knife is sharp enough. Otherwise, if you’re holding some real sticky shit, it’s just going to stick to the knife. At that point, you might as well karate chop it with your hand. Make sure you got a sharp knife, and you’re gucci.

Pill Bottle And A Coin

The pill bottle and a coin method is an old-school technique that works to perfection. Get an empty pill bottle, and throw the bud you want to grind up in there. Then, get either a dime or a penny and add it to the bottle (FYI, you’ll probably want to clean the coin with some hand sanitizer, rubbing alcohol, or cleaner first). Screw on the bottle top and shake it like a polaroid picture. Even the stickiest of icky doesn’t stand a chance against this method.

Scissors are a good tool to break up buds, but the scissors and shot glass method really takes the cake. This might be a little tough if you’re at a concert or festival, but if you’re at home and have a pair of scissors, you should be good to go. All you do is put your bud in the shot glass, and begin snipping at it. A shot glass gives you the perfect range of motion, but if you don’t have one, you can also use a small cup or something like it.

How to grind weed without a grinder Part IV requires another common household item—a coffee grinder. This method can be a pain to clean, but it’s the closest thing to grinding it with an actual weed grinder because, well, you’re using a grinder. And if you’re grinding up larger quantities of weed, this is probably the best way to go.

Alright, this method is a little crazy, but hey, why not add it to the list? If you really like your bud ground to a fine powder, this method works. It’s certainly not your best bet. Also, it’s probably the biggest hassle to clean, as you need to clean your blender blades thoroughly after you’re done grinding your weed. It might not be the most effective way—but hey, it’s a way.

This method might make you feel like you’re a 14th century apothecary, but it’s still effective, nonetheless. A pestle and mortar has long served as a way to “mix the medicine,” so to speak, and grinding weed certainly falls under that umbrella.

But in all seriousness, these things were literally invented to grind herbs. Think of it as your great, great, great, great, great, great ancestor’s grinder. And it’s pretty self-explanatory—simply place the buds in the mortar (aka the bowl-like receptacle) and crush it up with the pestle. The only think we’d suggest is leaving the bud out for a little bit to dry out before using this method. After all, it’s pretty difficult to break up moist, sticky bud with a tool that predates Christ.

Desperate times call for desperate measures, and if you’re all out of ideas, well, we’re not one to judge. Just pretend that big beautiful bud is a hunk of parmesan cheese and start grating away.

If you’re someone who outright refuses to break up bud without the use of a grinder, you might have to get a little creative. And by creative, we mean literally making your own grinder from scratch. This method is probably the most unconventional (and perhaps counterproductive, especially if you have to go to the store and buy the necessary parts), but if you already have all the items at home it’s actually pretty simple. And effective.

The main component to this device comes courtesy of a chewing tobacco can. If you already dip and have a bunch of tin cans lying around, then you’re already halfway there.

Once you make sure the can is empty, all you have to do is pierce nails—preferably, thumbtacks—into the top and bottom sides of the tin. Like a real grinder, make sure the top and bottom row of tacks don’t overlap each other, or else you won’t be able to close the tin and grind. After you insert the nails/tacks with proper spacing, put the weed in the can like a regular grinder, close it, and twist away. You won’t have a third compartment or kief catcher at the bottom, but your bud should certainly be ground up.

Break It Up With Your Hands, Dingus

Last but not least, the most obvious answer to the question of how to grind weed without a grinder—just freaking break it up. If your bud is too sticky, this can be a real pain, but it’s still worth it if you don’t feel like scrounging around for makeshift, household items. If it’s really SUPER sticky, you can leave it out to dry a little, or even put it in the freezer for a bit. Either way, this is probably the simplest way to break up your bud.

One thought on “How to Grind Weed Without a Grinder”